# 45 aka liar in chief strikes again

Donald Trump came for Steve Schmidt (founder of Lincoln Project) on Twitter this morning. It did not go well. This is Steve’s reply:

"You’ve never beaten me at anything.
This is our first dance. Did you like, Covita? We are so much better at this than your team of crooks, wife beaters, degenerates, weirdos and losers. You are losing.

We heard you loved Evita. You saw it so many times. Where will you live out your years in disgrace? Will you buy Jeffrey Epstein’s island? One last extra special deal from him? Or will you be drooling on yourself in a suite at Walter Reed? Maybe you will be in prison? I bet you fear that.

The Manhattan District Attorney may not be around to cover for you or your crooked kids anymore. Eliza Orlins doesn’t believe in different sets of rules for the Trumps. What about the State Attorney General? You know what you’ve done.

Oh, Donald. Who do you owe almost $500 million in personally guaranteed loans to? It's all coming down. You think you and your disgusting family are going to be in deal-flow next year? Are you really that delusional?

You are lucky Chris Wallace interrupted you after Joe Biden said you weren’t smart. You started to melt down. That’s the place that hurts the most. Right? Fred Sr., knew it. You’ve spent your whole life proving it. You aren’t very smart. You couldn’t take the SAT on your own. What was the real score? 970? We both know you know.

Are the steroids wearing off? Is the euphoria fading? Do you feel foggy? Tired? Do you ache? How is the breathing? Hmmm. Are you watching TV today? We will have some nice surprises for you. Everyone is laughing at you. You are a joke. A splendid moron turned deadly clown.

Did you watch Martha McSally in her debate against American hero, fighter pilot, test pilot, astronaut Capt. Mark Kelly? She is so embarrassed by you. She is ashamed and full of self-loathing for the choice she made in following you over the cliff. She is in free fall now. She will lose, like most of them, because of you.

We hear from the White House and the campaign everyday. They are betraying you. They are looking to get out alive and salvage careers and their names. It’s Ivanka Trump and Jared Kushner vs. Donald Trump Jr., and Kimberly Guilfoyle on the inside. They are at war over scraps and who gets to command what will be the remnants of your rancid cult.

One day, I suppose there will be some small and not-much-visited library that bears your name. It will be the type of place where a drunk walks by, staring at the wall for a minute, before deciding it is beneath his dignity to **** on. That’s what is waiting for you.

Joe Biden is a better man. He’s smarter. He’s winning. Do you remember when you didn’t want to name Donald Trump Jr., Donald because you were worried about him being a loser named Donald? You were right about that. He is. But it is you who will be remembered as America’s greatest loser. You will be crushed in the election.
Shhhhhhhh."

and he is so f.cking right. 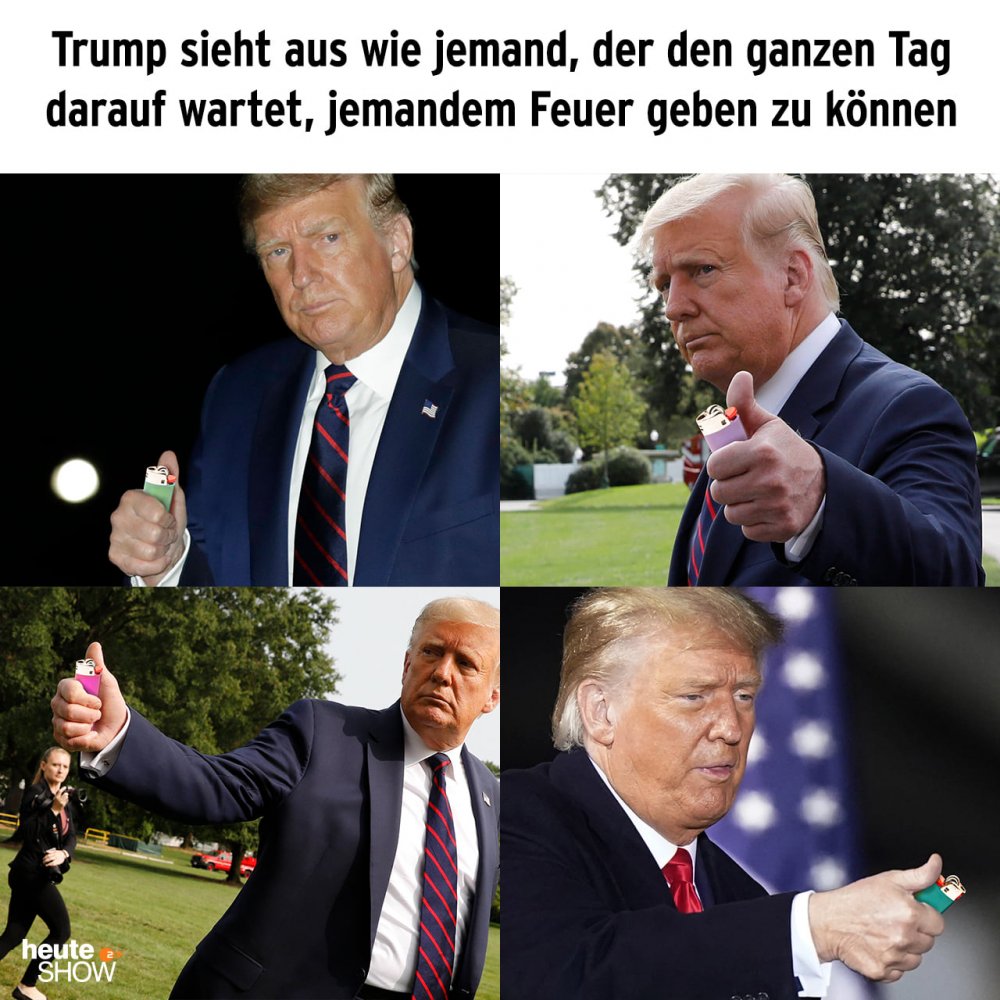 Fahrrad von Amazon Händler in US?